With a landmass of 94,280 square kilometers and an ever-increasing population(currently estimated over 16 million), Malawi’s forests are under constant stress and are quickly disappearing, having lost nearly 50% of its forest cover in the last 35 years.

With 85% of the population living in rural areas, farming is a necessity for many Malawians. Unfortunately, poor agricultural practices lead to continuous deforestation, as farmers process large tracts of forested land to accommodate new gardens once the soil in their current location has been degraded.

It is estimated that 90% of the population relies on fuelwood (firewood, charcoal, etc) for survival. With less than 10% of Malawians having access to electricity, and only 2% using electricity for everyday cooking, fuelwood remains the predominant option for the majority of the country, leading to incredible numbers of trees being felled each day.

It is clear that reforestation is essential in Malawi, especially as the population increases. By operating in Malawi, we are able to provide reliable offsets to our clients, while partnering with the local community to rebuild a resource. We understand that communities rely on wood to survive, so we plant an additional 10% of all trees purchased, in order to provide community woodlots for household use, which are coppiced when harvested, allowing the trees to regenerate, providing a long-standing fuelwood source. By providing access to woodlots, the number of indigenous trees immaturely harvested will decrease.

We also provide an increasing number of fruit trees in our distributions, as such species are highly valued for their fruits, increasing their likelihood of being left to grow into maturity. These approaches not only provide safeguards for your trees, but also help to build a strong relationship between Root to Fruit and our Malawian partners. 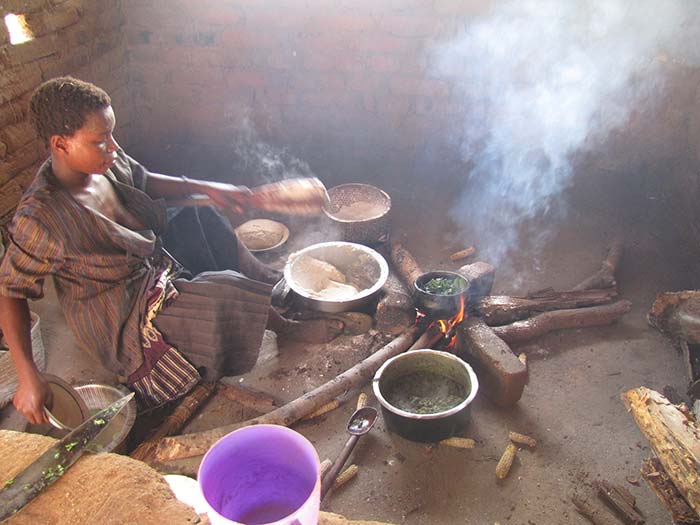